The Ford Motor Plant, a landmark in my St. Paul neighborhood, closed in 2011. Though I grew up and have spent most of my life near the plant, it’s role never truly had a noticeable impact on me until it was gone.

A couple of years ago, long after the demolition commenced, I began noticing the ruins growing behind the surrounding security fence. I found landscapes of metal, tubing, wire and concrete, and couldn’t help but draw parallels between the objects populating this abandoned world and the subjects I use for artistic compositions, still-lifes and landscapes. Attracted to the variety of color, texture and line, I began to photograph the mountains of rubble.

The huge factory, covering acres of space and enclosed only by a fence, had once been capable of putting food on the tables of hundreds of families. The scraps I am painting depict the transiency of all things. What was once a bustling center for creation is now a surprisingly picturesque graveyard. Soon it will be something else, but that too, someday, will be replaced.

My paintings explore the phenomena of the deconstructed buildings and the remnants of their existence. I plan to create a body of work consisting of at least twenty or thirty paintings with very large, large and medium formats. 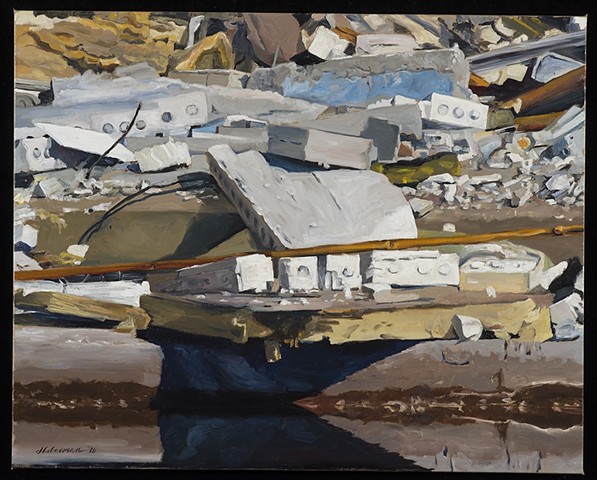 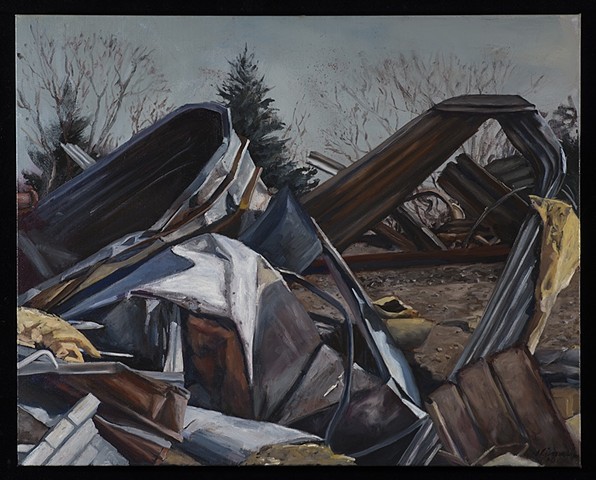 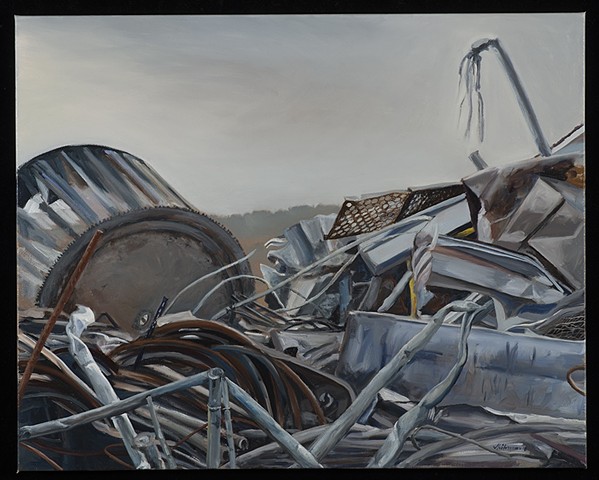 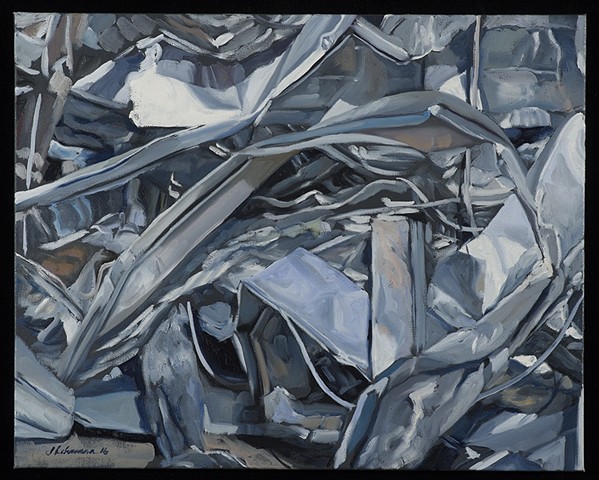 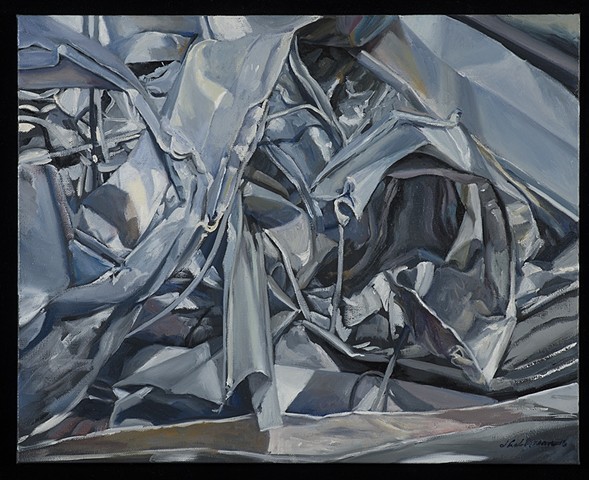